Preeti Iyer is part of the Student Success Series for Aunt Flow, where we shine the spotlight on student activists who are leading the menstrual movement by making menstrual products more accessible at their schools. Here’s the scoop!

The Menstrual Products Task Force started as an undergraduate student organization and has now transitioned to a more interdisciplinary group. Membership comes from a diverse student body, made up of people who are passionate about everything from gender equality to reproductive rights. Preeti now leads the task force!

Why is making period products accessible important to you? What inspired you to advocate for menstrual products at your school?

Preeti grew up in a south Indian culture that heavily stigmatizes periods. After going to India many times and seeing the stigmatization firsthand, this topic has always been on her mind growing up.

When Preeti arrived at Princeton, she saw that there was no resource for menstrual products. Princeton is a university with vast resources and was invested in providing other reproductive health products, like condoms—why not menstrual products? Periods are an everyday biological process, yet a preliminary survey on campus showed that many low-income students on campus had to choose between paying their phone bill and buying menstrual products every month. For something that affects daily student life and is a necessity, Preeti and her team felt that menstrual products should be provided. They also felt that this resource should not be funded by the students, but rather the administration.

What was the process of launching Aunt Flow on your campus – from start to rollout or product?

A pilot program was done in 2017, which gave the Menstrual Products Task Force a lot of data that informed them on things like which bathrooms to stock on campus and how to rollout the products in the best way. The official campus policy got implemented in 2018 and over the course of the year the Menstrual Products Task Force spoke with several menstrual product manufacturers, negotiated pricing, and worked out the logistical considerations for campus restrooms (for example, speaking with architects about where to put in the dispensers in the bathrooms). The team was focused on how they could be a liaison between students and administration during this phase. Finally, the plan got approved in Spring of 2019 and as of August 2019, 56 bathrooms across campus were stocked with Aunt Flow menstrual products!

How long did it take?

About 3 years and running! The Menstrual Products Task Force has plans to expand into dorms, fraternities, and aiming to stock 40 more bathrooms on campus.

What was the hardest part of launching the program at your school?

There was some push-back against the program from people who didn’t want menstrual products in the facilities.

Since then, there have been several educational opportunities to raise awareness of the need for menstrual products, such as conferences, which help students participate in the national conversation about menstruation. Preeti has also gotten to talk to other schools about how to implement their own programs.

Have you received feedback on the Aunt Flow program?

The Menstural Products Task Forces has seen a great response from menstrual product users across campus! Social media posts and campus forums have been buzzing about this new resource. A feedback survey showed that 8-9% of students who are using the products previously couldn’t afford them. 86% of students using the products are using them because Mother Nature caught them unprepared. Instead of running from the engineering building back to the dorms to grab a tampon and then back to class in time for an exam, having stocked menstrual products helps the student body be exactly what they should be—students who are at school to learn.

What advice would you give to others who are working to advocate for Aunt Flow on their campus?

Make sure you’re very clear in what you are asking for. One thing the Princeton Menstrual Products task force would change was their initial approach to the issue. They were focusing too much on advocating for the need for menstrual products. The administration wanted a clear business plan, including how many bathrooms should be stocked, budget proposals, and how this investment will help the university overall. Preeti recommends a business venture approach and showing your administration that you are organized and prepared to rollout this plan like any other product. Another thing that really helped the Princeton task force was to make sure they had all the stakeholders in a room together during their meetings. This makes communication more efficient and helped the students understand what they needed to do to help the administration have what they needed on their end. 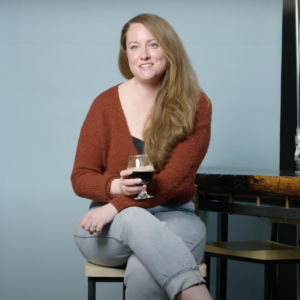