Southwestern Ohio’s Montgomery County is currently home to more than 85,000 residents living at or below the poverty line. With a population that exceeds 500,000 residents mostly in the Dayton Metro Area, the 16.6% facing economic hardship is higher than the national average of 12.3%, according to Data USA.

April Mescher and her daughter Ryann witnessed the economic reality of their hometown in 2018 after they saw a woman in the grocery store line separating her food from period products. April then stepped in and paid for the women’s groceries and products.

“Period poverty was not something I knew about or my daughter had experienced,” said April.

Months later, then 15-year-old Ryann told her mom she wanted to help menstruators like the woman they met at the grocery store and start a charity.

With the help of April’s philanthropic experience, Ryann, who is now the Director of Business Strategy and Finance and her two friends, Director of Marketing Strategy and Technology Zoe Waller and Director of Corporate and Community Outreach Dana Clark, launched Femme Aid Collaborative on International Women’s Day in March 2019.

Femme Aid, a centralized funding and collection agency, is on a mission to combat the issue of period poverty in Dayton.

“With Femme Aid, we have been able to reduce the number of people who don’t have access to menstrual hygiene products,” Zoe said. “It’s a right, not a luxury.”

Aunt Flow partnered with Femme Aid shortly after the organization’s launch in 2019. With a constant supply of products from Aunt Flow, Femme Aid was able to meet their donation goals month after month during the pandemic.

Two and a half years later, the three founders are now 18, and they have raised $100K and donated over 1 million pieces of product.

“Hitting 1 million products was so special to me,” Ryann said. “It showed the people who doubted us that we are capable of doing whatever we put our minds to.”

Currently, there are a total of 21 local non-profits Femme Aid’s supporting, and they have no intention of slowing down going into the future.

“With the help of our community, we all can end period poverty together,” said Dana.

Read more about how Aunt Flow gives back through partnership HERE.

Interested in partnering with Aunt Flow? Submit this formor simply reach out to kallie@goauntflow.com to schedule a call. 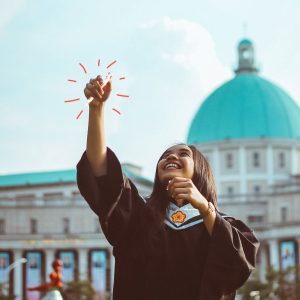 Ann Arbor is the First U.S. City to Require Free Pads and Tampons in Public Restrooms