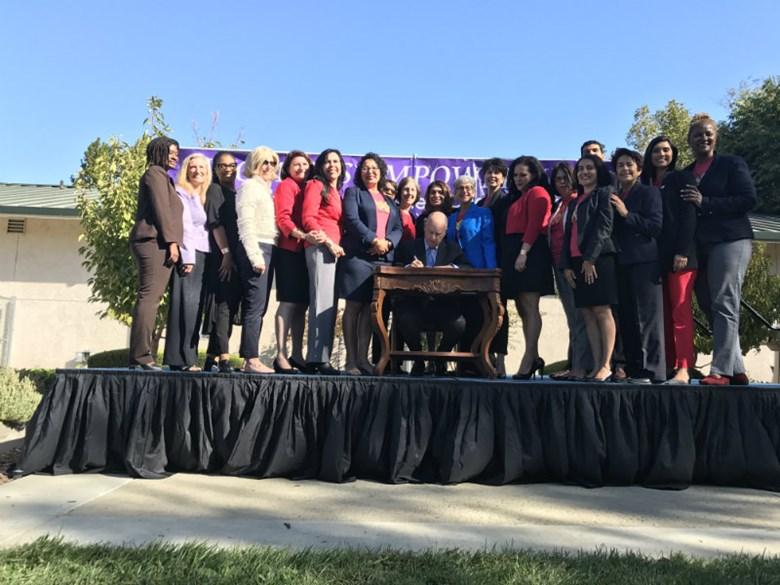 Thanks to the legendary Cristina Garcia, California is the first state to pass legislation REQUIRING schools to offer freely accessible menstrual products in bathrooms for students. On October 12, 2017 Assembly Bill 10, also known as AB10, was passed by Jerry Brown, governor of California. In July 2017, NYC mayor, Bill de Blasio, passed legislation to provide schools, jails, and shelters with free feminine hygiene products. The legislation was passed after a successful school pilot program that resulted in a 2.4% attendance increase over a six-month period.

Assembly Bill 10 recognizes the impact of offering free menstrual products in schools. While New York City passed similar legislation, AB10 is the first bill that will impact an entire state. The bill reads: ”This bill would require a public school maintaining any combination of classes from grade 6 to grade 12, inclusive, that meets a 40% pupil poverty threshold specified in federal law to stock 50% of the school’s restrooms with feminine hygiene products, as defined. The bill would prohibit a public school from charging for any menstrual products, including feminine hygiene products, provided to pupils.” Additionally, The California Constitution requires the state to reimburse local agencies and school districts for certain costs mandated by the state. Statutory provisions establish procedures for making that reimbursement.

Aunt Flow is the only company that works directly with schools to stock bathrooms with freely accessible menstrual products. Previous schools we have worked with include Columbus School for Girls, United Schools Network, Stanford University, Brown University, and more. In addition to offering a quality product line, the company provides comprehensive menstrual education.

Get started with a program by Aunt Flow.